Greece’s unemployment rate dropped to 13 pct in September, the lowest level seen in the country since August 2010, soon after Athens signed its first adjustment programme with the eurozone and the IMF. One of the most encouraging subcomponents in the data is the number of employed, which suggests that the rate drops thanks to a rise in employment as people get into jobs and not movements out of the labour force. However, there is an area of caution as many jobs until September were protected by restrictions in layoffs due to companies having received support packages that protected job levels. Such measures were the various rounds of tax advance refunds, while some jobs were protected by SYNERGASIA, a scheme whereby the state subsidised wages and social insurance contributions. 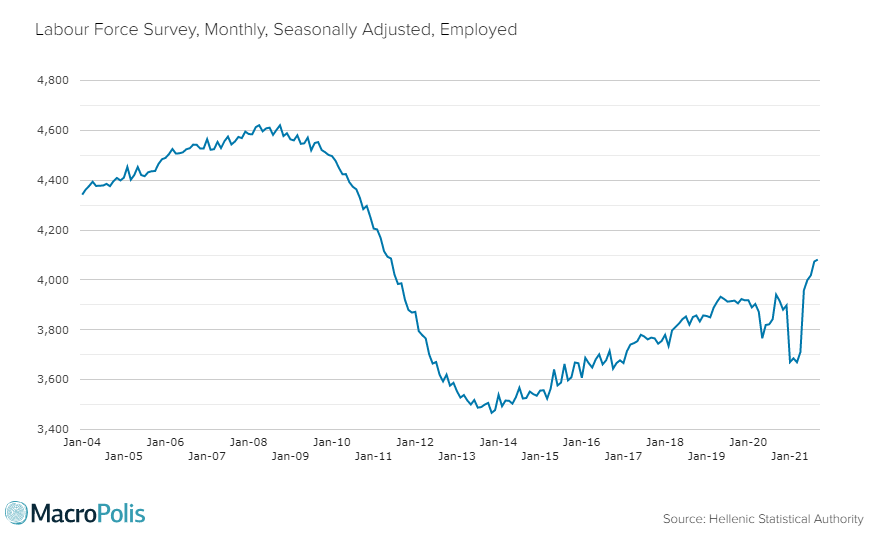 It has become evident that the wave of inflation that has taken a hold on the Greek economy will be far-reaching and will last longer than the Greek authorities initially thought. The imports price index has been action as a leading indicator since March when it first jumped by 25 pct, followed by 28 pct in April, although it was partly attributed to base effects of the first strict lockdown of 2020. The latest available data for September put the index up by 26 pct annually with energy leading the change by 76.2 pct by some distance from the second category of intermediate goods that increased by 9.5 pct. Manufacture of coke and refined petroleum products jumped annually by 86.4 pct, extraction of crude and natural gas was up by more than 78 pct and manufacture of basic metals jumped by close to 27 pct. 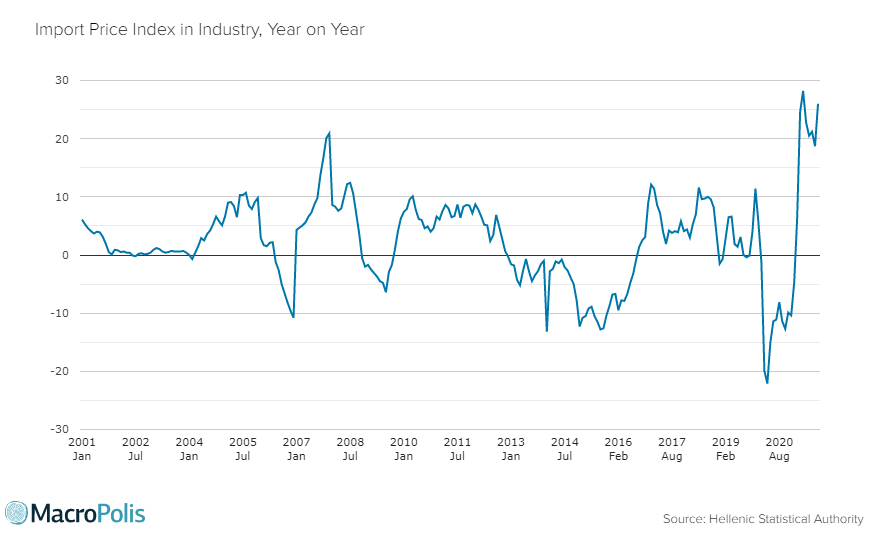 The budget primary deficit up to October narrowed to 7.2 billion euros, compared with a deficit of 9.07 billion in the same period last year. The primary balance was broadly in line with the target in the 2022-2025 Medium-Term Fiscal Strategy, beating it by 68 million. Expenditure, excluding interest payments and the public investment budget, came to 43.89 billion euros. Net revenues came to 44.13 billion euros, short of the target by 338 million euros due to once-off item of the first instalment of the RRF that is now due next year. Net revenues in the first 10 months of the year have been dominated by the overperformance of tax revenues, which exceeded the target by 1.24 euros. The ministry attributes this to higher corporate and personal income tax for fiscal year 2020 and tourism related revenues. 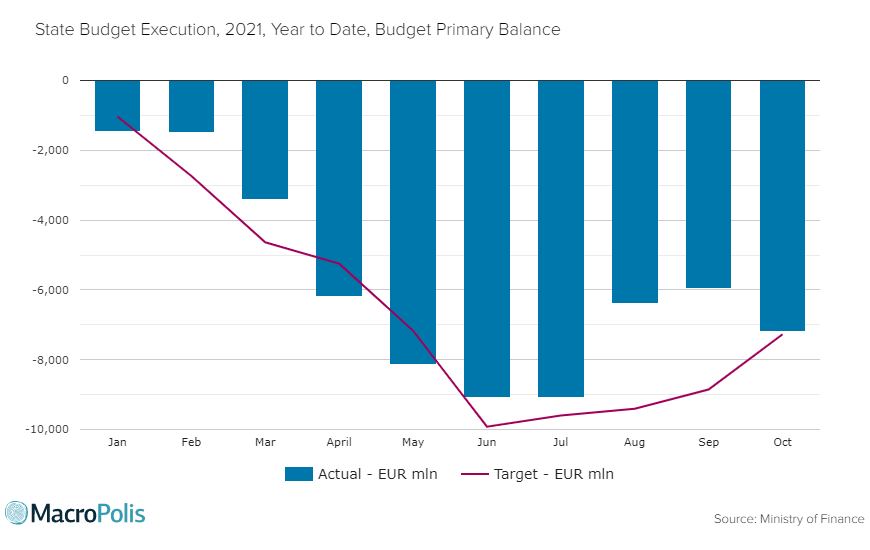