Greece’s consumer price index (CPI) accelerated to 5.1 pct year-on-year (YoY) in December, from 4.8 pct in November. This is the highest figure since January 2011, when it stood at 5.2 pct. In December, the annual CPI movement was led by a 4.3 percent increase in food and non-alcoholic beverages, an 18 percent rise in housing mainly due to rents, electricity, natural gas and heating oil, and a 10.9 percent in transport due to fuels, new cars, and air tickets. Reflecting the impact of the energy crisis, electricity was up 45 percent annually and natural gas shot up by 135.7 percent. Heating oil also moved strongly with a rise of 34.1 percent. The average CPI for 2021 increased by 1.2 percent. 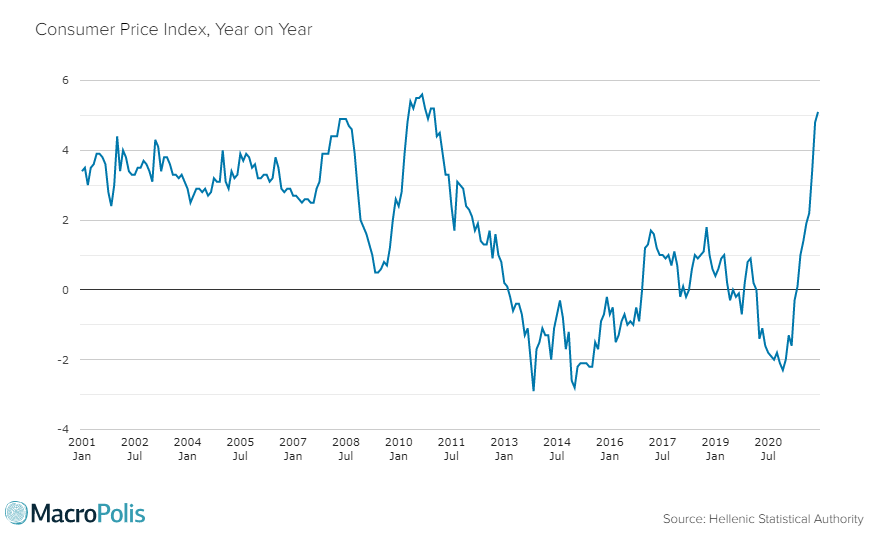 Greece’s industrial production in November posted another notable rise of 8 pct year-on-year (YoY), though slowing down from the 16.5 pct annual rise seen in October. Industrial production has now exceeded one year of continued growth and recovery since the first pandemic year. The movement for the month was led by an over 9 pct rise in manufacturing, specifically of wearing apparel, leather and related products, furniture, motor vehicles, tobacco products and coke and refined petroleum products. Up to November, the IPI has increased by 10 percent YoY. The aggregate was driven by a 16.3 pct increase in electricity supply, followed by a 9 pct in manufacturing and 3.9 pct in mining and quarrying. Water supply was up by 0.9 pct. 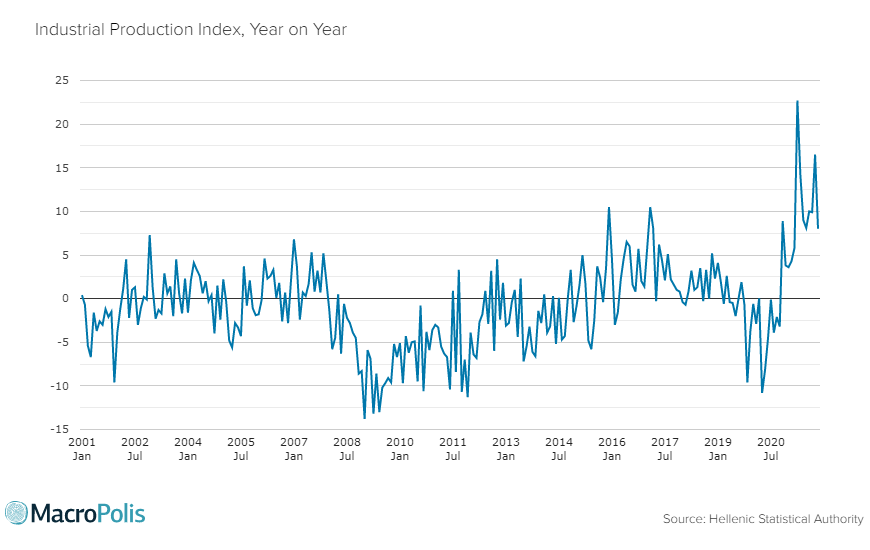