Consumer confidence in Greece has taken a tumble, falling to the lowest level since the summer of 2017. It dropped by another 3.9 points in April to -55.3 points, meaning it is now well below the pandemic low. Following a period of recovery, consumer confidence peaked at -21.9 points in May last year. Economic sentiment has also suffered recently. It dropped by 7.1 points to 105 in April, having come off the high of 114.1 points in January this year. All sector sentiments dropped. The most prominent decline was in services, which lost 17.1 points month-on-month. 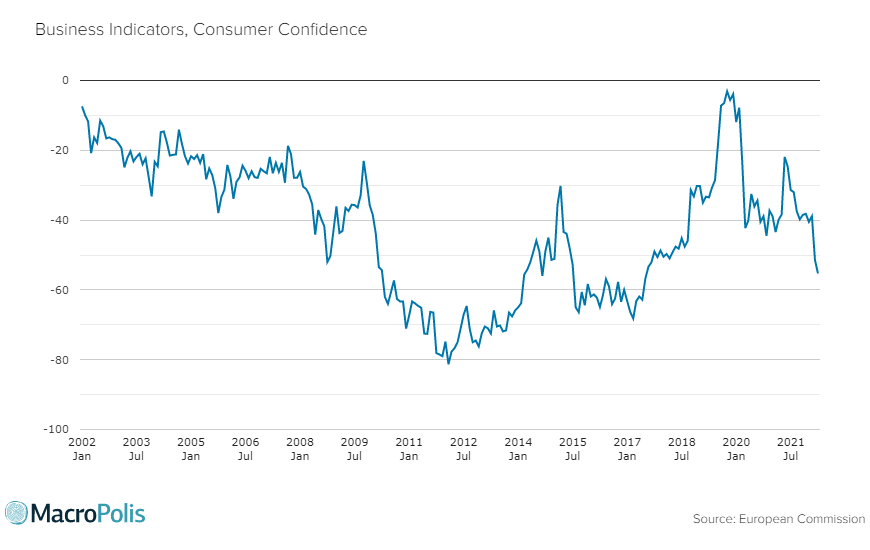 The Greek manufacturing sector continues to grow with the PMI for April staying broadly unchanged at 54.8 points. However, it recorded the second slowest increase in a year. Client demand was dampened as firms had to apply substantial selling price hikes in response to the significant rise in costs. Even though the overall increase in production was marginal, manufacturers recorded a rise in exports orders and the rate of growth picked up from the previous month’s low. 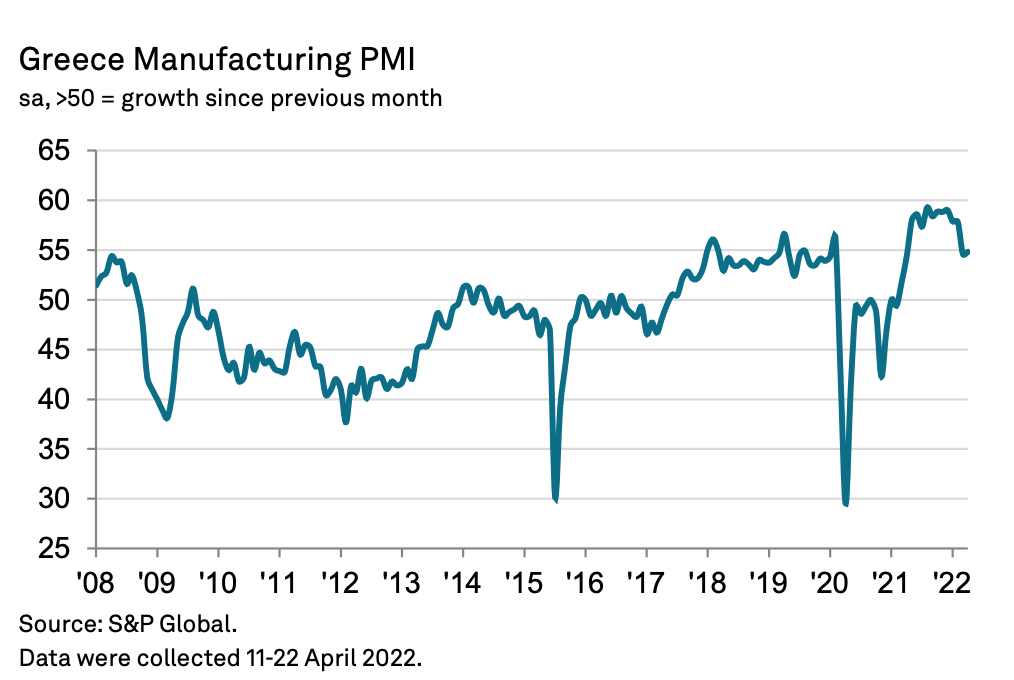