In measures outlined by Prime Minister Kyriakos Mitsotakis on Thursday and fleshed out by his ministers on Friday, the government is offering further financial assistance to consumers so they can deal with spiralling energy bills.

Having given up on any swift or impactful action from the European Union that would mitigate rising energy costs, Mitsotakis decided to move ahead with his own interventions. The assistance had been trailed via media reports over the last few days as New Democracy saw its opinion poll ratings slip and concern about the cost-of-living crisis grow.

The key element of the new package is a capping of household electricity bills. The ceiling will be imposed at 145 euros/MWh for households and 160/MWh euros for commercial users. This would, according to estimates, halve the bills compared to their current levels, but would still be 30 pct higher than before the crisis began. 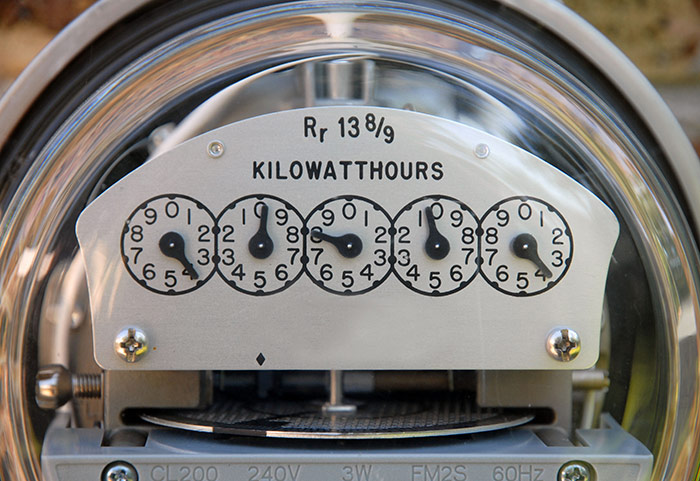 The change in tack is said to have been prompted by the realisation that the existing interventions, which were limited to the first 300 KWh per month, left middle-income consumers, as well as low-income households dependent on electricity for heating, out in the cold. Around 1.5 million electricity customers are believed to remain exposed to further price rises under the old scheme.

The new subsidy scheme will be rolled out in July. The previous set-up will remain in place for May and June.

Mitsotakis also announced that consumers would also receive up to a maximum stipend of 600 euros to cover the increase in energy costs between December and May. This will be paid out to property owners with an annual income below 60,000 euros.

Mitsotakis decided to bring forward the unveiling of the government’s “bazooka,” estimated at another 2.5 billion euros, in advance of any EU decision at the end of May and the opening of New Democracy’s annual party conference on Friday in response to mounting political pressure.

It is understood that polling figures showing a surge in public dissatisfaction with the government response to date, as well as pressure from within the party, were crucial to fast-tracking the new package. Concerns about losing the support of core constituency groups such as middle-class voters, small businesses and pensioners have added up to significant pressure for a rapid response.

Also, the government clearly feels the need to mount a counteroffensive against opposition parties, and particularly SYRIZA, who have been attacking New Democracy for failing to get a handle on the cost-of-living crisis, and have accused the governing party of tolerating profiteering by private interests.

On Wednesday, SYRIZA tabled an amendment in Parliament that would prevent households and businesses from having their electricity cut off if they are unable to pay their bills because of the so-called “adjustment factor” - a formula that transfers increases in the wholesale electricity price to the retail price and is applied to the bills of customers on variable tariffs. This clause, introduced in 2020, has become the subject of a number of legal challenges following the recent price hikes and the opposition party suggests that there should be a moratorium on disconnections until these cases are heard.

SYRIZA leader Alexis Tsipras trailed the initiative a week ago and called on all the opposition parties to back the proposal, which is designed to highlight what the left-wing party sees as an unwillingness by the government to protect consumers. The main opposition has also been highly critical of what it interprets as a reluctance on New Democracy’s part to impose a windfall tax on energy companies.

Apart from further draining away New Democracy’s support, SYRIZA hopes that the cost-of-living crisis might provide a platform for cooperation with KINAL, perhaps leading to a joining of forces at the next elections. For the first time since taking over the leadership of Greece’s third party, Nikos Androulakis called this week for elections to be held as soon as possible, arguing that problems are piling up and the centre-right administration seems incapable of handling them.

The latest opinion poll by Alco for Open TV underlined the extent to which the cost of living has become the overriding concern for Greek households. According to the latest iteration of the survey, 60 pct of respondents regard high prices as their biggest worry, followed by the war in Ukraine in second place on 24 pct.

Also, the majority of Greeks feel not enough is being done to help them cope with inflation. Specifically, 49 pct feel that the measures taken by the government, including tax cuts and the minimum wage increase, do not help “at all”, while 23 pct feel that these interventions only provide “a little” help.

Trust in Kyriakos Mitsotakis has declined from 37 pct in February to 34 pct in April, while there was a rise from 23 to 25 pct in this metric for Alexis Tsipras.

Support for New Democracy, when calculated as a percentage of valid votes, stands at 30.6 pct, down half a point on a month earlier. SYRIZA’s backing edged up to 22.5 pct from 22.2, while support for centre-left KINAL remains unchanged on 13 pct. Fourteen percent of respondents said they were undecided.

The gap between New Democracy and SYRIZA is at the lowest it has been since the conservatives came to power in the summer of 2019, underlining the precarious, although not unsalvageable, situation that the ruling centre-right party finds itself in.