Monthly unemployment stayed broadly unchanged in April at 12.5 pct, significantly improving from last year’s rate of 17.2 pct as the number of employed increased significantly year-on-year by more than 400,000. Total employment stayed above the 4-million mark. The number of unemployed also stayed below 600,000, marking an annual drop of close to 24 pct. There was also a notable movement in the youth age group as the rate in that bracket dropped by 17.2 percentage points to 30.6 pct. 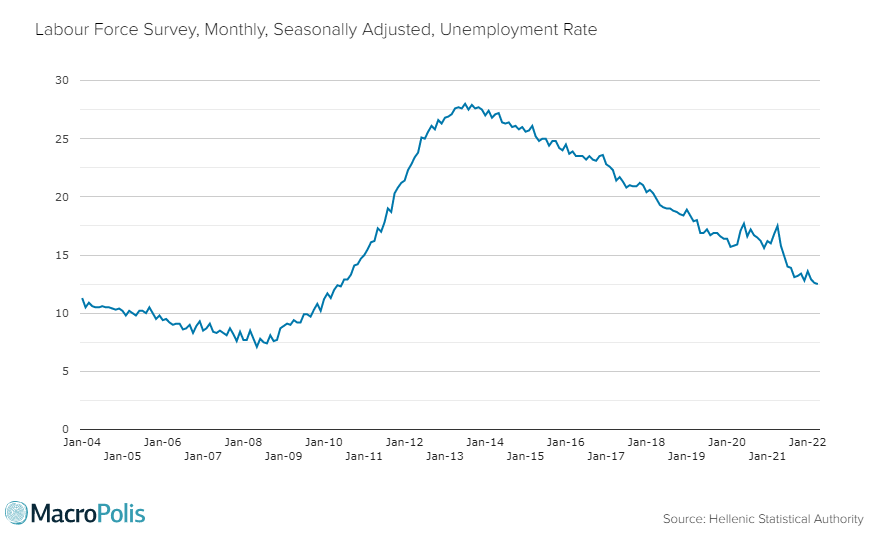 Although they slowed down from the rise of the last quarter of 2021, house prices in Greece recorded another solid annual rise of 8.6 pct in the first quarter of 2022. The index reached its highest point since the end of 2012, but is still off the peak of Q3 2008. This comes after annual growth of 7.4 pct in 2021 and 4.5 pct in 2020, despite the pandemic. Property prices in Athens increased by 9.7 pct, while in Thessaloniki the rise was 8.3 pct. The rise was led by new properties that increased by 10.3 pct. 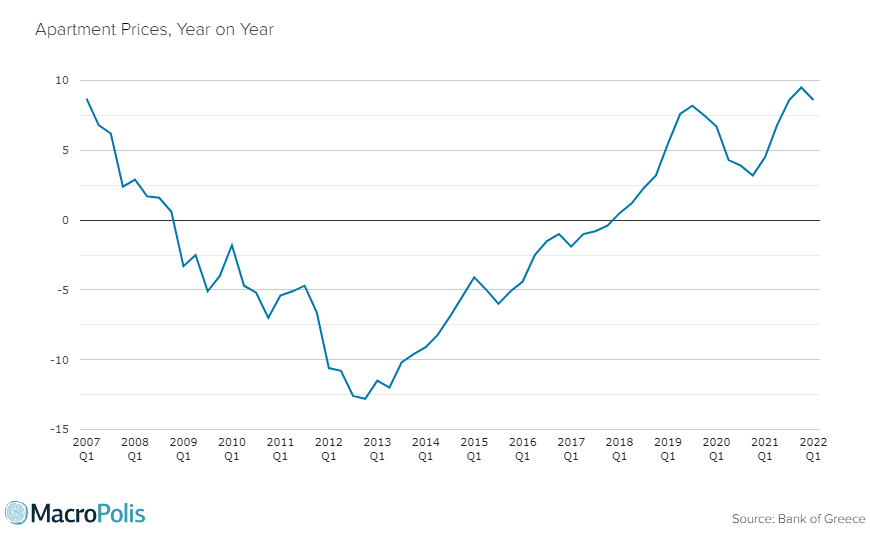 Import prices move from record to record as the index jumped by 39.1 pct annually in April, from 34.6 pct in March. The trend is also reflected in the monthly movement, with the index rising by 5 pct. Energy prices dominate the import rise. Electricity and gas supply was up by 221.1 pct YoY, followed by manufacture of refined oil products at 95.1 pct and extraction of crude oil and natural gas increasing by 82.3 pct. 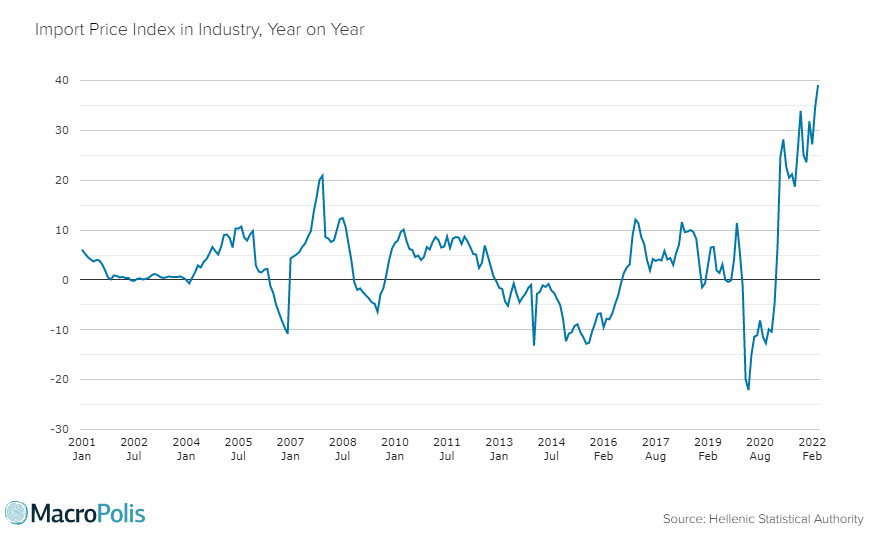