You are at: Home / Newsletter articles / Govt advances law change as shield against surveillance claims

There was no let-up this week in the pressure on the government as a result of the surveillance scandal, but New Democracy did try to wrestle back the initiative by unveiling draft legislation which it said aimed to clamp down on the use of and trade in illegal spyware.

The week began with government officials still digesting the latest allegations regarding the phonetapping affair, which appeared in the local media over the weekend.

After publishing the previous weekend a list of 33 people that were allegedly under surveillance through the use of Predator, Documento weekly issued another list of 38 people, which also included ministers and high-ranking government officials that the newspaper claimed had been targeted by the spyware. 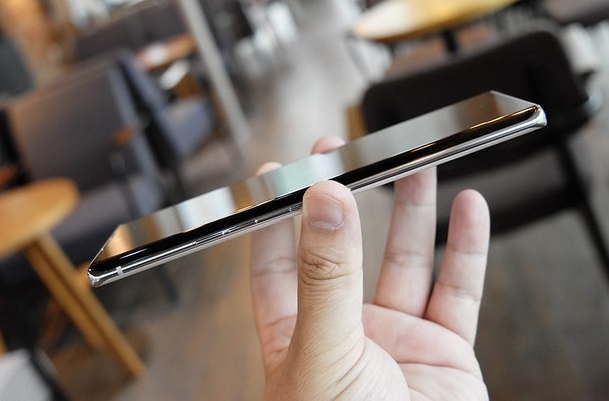 Some of the standout names were State Minister Giorgos Gerapetritis and Prime Minister Kyriakos Mitsotakis’s chief of staff Akis Skertsos, both considered close aides of the premier. The government maintained that Documento and its publisher Kostas Vaxevanis could not be trusted.

However, there were also reports in Ta Nea and To Vima newspapers over the weekend examining aspects of the wiretapping story, including the alleged bugging of Foreign Minister Nikos Dendias. To Vima suggested that concern has been expressed in foreign capitals about the possibility of Dendias being under surveillance when he travelled there for talks with foreign diplomats.

The same newspaper also reported that Digital Policy Minister Kyriakos Pierrakakis had provided Intellexa, the Athens-based firm licensing Predator, with the licence to export the spyware. An investigation by the independent media collective Reporters United that was published in Efimerida ton Syntakton claimed that Pierrakakis had met at least once privately with businessman Yiannis Lavranos, who reports place at the centre of the developments that led to Predator being brought to Greece. In an interview with EfSyn, Lavranos denied any involvement in the use of spyware in Greece.

The report that may cause the most concern within the government came out on Monday on the investigative website Inside Story. It alleged that the Greek state licensed Predator for 7 million euros and agreed to pay another 150,000 euros for each 10 targets that were bugged. Inside Story claims that the deal was bundled into another contract to which EYP signed up.

Mitsotakis and other administration officials have insisted that the illegal eavesdropping had nothing to do with the government, EYP or any other state body. New Democracy has been advancing the theory that private operatives, even possibly foreign intelligence services, were behind the surveillance or that it was part of an elaborate plot to undermine the conservatives and reduce their chances of reelection next year.

Hoping to swat away some of the criticism that has been aimed in its direction, the government unveiled on Tuesday a draft law aimed at protecting privacy, which would also outlaw the sale and possession of spyware.

The centre-right administration argues that the new legislation would make Greece the first EU country to introduce a horizontal ban on the sale, use, possession, distribution and import of malware. The opposition dismisses this as a slight of hand given that existing legislation bans the use of spyware and any other form of wiretapping that is not conducted by the intelligence services and the police’s anti-terrorist unit and does not have the approval of the appropriate prosecutor.

The government is also advertising the fact that the legislation foresees the overhaul of the National Intelligence Service (EYP), including the creation of an internal audit unit, and allows people who have been under surveillance to apply to be informed about this under a freedom of information process. It should be noted that this right existed until last year.

SYRIZA and PASOK argued that the bill is simply an attempt to put an end to any investigation into the phonetapping affair, focussing particularly on the fact that under the proposed law EYP would have three years after the end of a surveillance operation in which to respond to a freedom of information request about that particular exercise. There was no time limit on the legislation that existed before the government changed the law in 2021.

Also, journalists that have been following the surveillance story point out that the EYP director will be the one who deems what spyware is illegal, raising questions about whether this will be a failsafe process. They also question why the Hellenic Authority for Communication Security and Privacy (ADAE) was not consulted during the drafting of the bill, given that it is the official watchdog for such issues.

ADAE released a strongly worded statement late on Wednesday, accusing the government of deliberately sidelining the watchdog in the consultation process. The authority said it was “surprised” and “displeased” by the fact that it was not consulted in the institutionally proper manner as the directly relevant authority before the draft legislation was published.

There is no doubt that as more revelations and allegations emerge, the government’s position becomes more challenging. However, the balance does not yet appear to have tipped against Mitsotakis and his administration. The mainstream media has played a vital role in this as most outlets continue to be protective of the PM, keeping him out of the firing line.

An opinion poll by GPO in Parapolitika weekly indicated that 64.5 pct of Greeks feel the wiretapping issue is very or quite important, which suggests that there is greater interest in the issue than there was during the summer, in the wake of the Androulakis surveillance being uncovered.

A ProRata poll for Efimerida ton Syntakton indicated that 69 pct of respondents believe the government was spying on the people named in the published lists, while 80 pct of this sample said they believe the PM was aware of the phonetapping. Fifty pct of all of those questioned said that Mitsotakis should resign over the surveillance scandal.

In terms of the political impact of the scandal on people’s voting intentions, support for New Democracy has dropped by more than 1 percentage point since last month.