You are at: Home / Newsletter articles / Poll pressure from surveillance yet to materialise

Poll pressure from surveillance yet to materialise

Although the week began with more potentially damaging reports regarding the surveillance scandal, a series of opinion polls suggested that New Democracy has yet to be severely damaged by the affair.

Sunday’s To Vima reported that the Predator spyware was installed in a facility belonging to the National Intelligence Service (EYP) in the northeastern Athens suburb of Aghia Paraskevi in 2020 and that surveillance using the spyware was carried out from there over the last two years. It went on to allege that police officers were transferred to the clandestine unit from other parts of the service to help run the spying operation.

Significantly, the report drew a clear link between the state, in this case the police, and the use of Predator, running counter to the government’s line that no such connection exists. There was no direct rebuttal of this story from the government. Instead, the opposition parties – SYRIZA and PASOK – argued that the media provided yet more evidence pointing to Prime Minister Kyriakos Mitsotakis not only being culpable, but also misleading the public by claiming that the authorities were not involved in illegal eavesdropping. 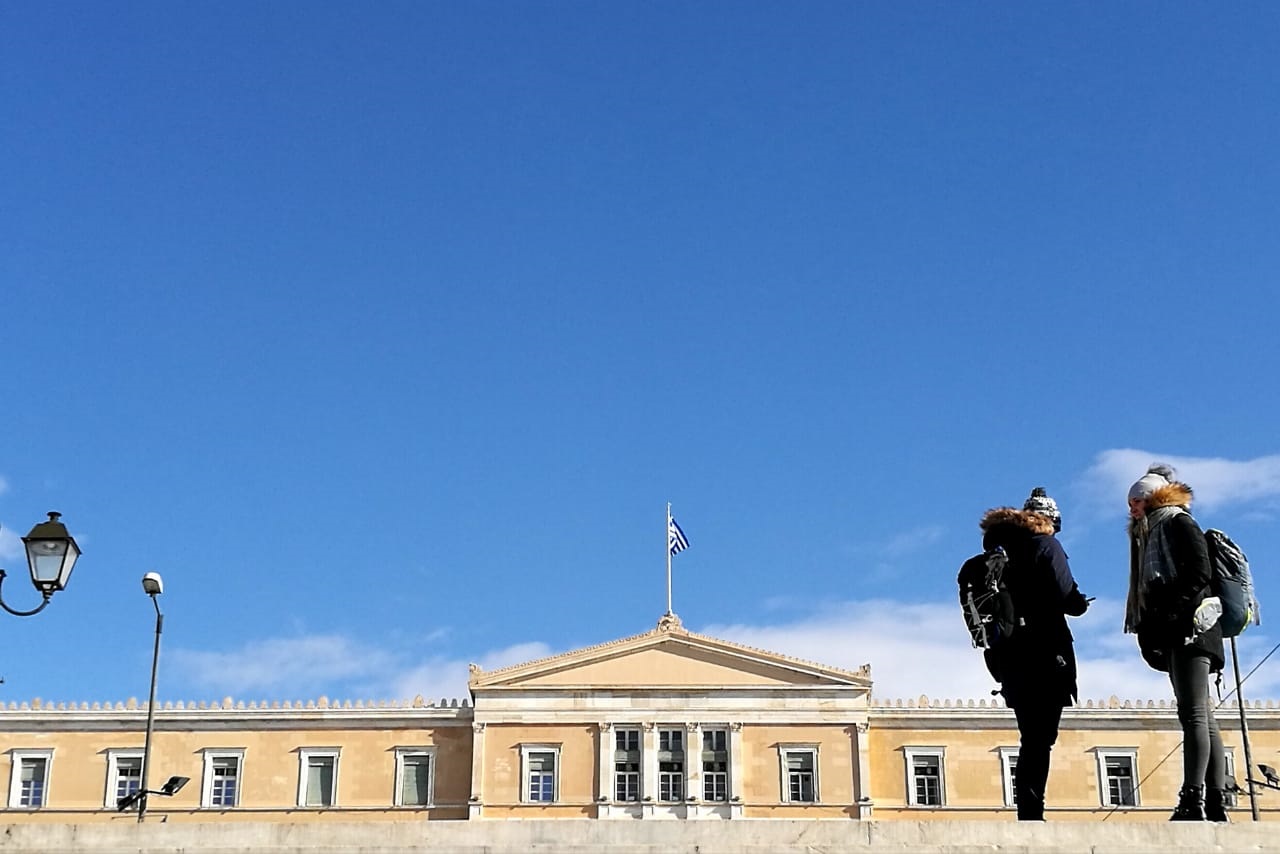 New Democracy’s resilience in the face of these fresh allegations linking it to the clandestine wiretapping operation is spurring the governing party to continue rejecting calls for accountability. The latest polls confirm the damage to Kyriakos Mitsotakis’s popularity is limited.

A sounding conducted by Interview for Politic.gr shows the gap between ND and main opposition party SYRIZA narrowing from 7.3 pct in October to 6.9 pct. The conservatives lost just 0.1 pct while their left-wing rivals advanced by 0.3 pct. Socialists PASOK-KINAL in third place saw their ratings ebb from 10.9 pct to 10.2 pct.

A different poll, carried out by ALCO on behalf of Alpha TV, shows ND’s lead narrowing by a whole percentage point but remaining significant at 7.3 pct. The governing party gets 30.3 pct versus SYRIZA’s 23 pct, while PASOK-KINAL holds on to 11.4 pct.

Alco reported that 64 pct of respondents were not convinced that the prime minister and the government had no involvement in the surveillance, while only 18 pct were fully persuaded by the government’s assurances that it was not behind the eavesdropping on politicians, journalists and business figures.

At the same time, 85 pct of respondents to the Interview/Politic poll had not been moved to change their voting preference because of the revelations, while only 12.7 said they would vote for someone other than ND because of the surveillance scandal.

The Alco poll indicated that trust in Mitsotakis has fallen by one point to 30 pct, while trust in SYRIZA leader Alexis Tsipras has risen by 2 points to 22. In the meantime, 23 pct of respondents do not trust any of the party leaders

Interestingly, a sizable section of the electorate seems to disagree with the PM’s insistence that the best option for Greece to remain a stable country is for a single-party government to be elected next year: 47 pct believe stability can be achieved through a coalition administration, while 39 pct believe that it would be better to have one party in power.

New Democracy continues to hold a significant lead over their SYRIZA in the latest Pulse poll on behalf of Skai TV.

Despite slipping 0.5 pct since September, the conservatives’ 33 pct puts them 7 points ahead of the left-wing opposition, which is on 26 pct. Third party PASOK-KINAL has held steady at 11.5 pct. Among the smaller parties, leftists MeRA25 and Golden Dawn spin-off Greeks have gained 0.5 pct apiece, bringing them to 3 pct and 2.5 pct respectively.

Almost 9 in 10 respondents to the Pulse/Skai poll named rises in their electricity bills as a major concern (88 pct), closely followed by the increasing cost of fuel (87 pct) and food (86 pct). Three in four said they are worried about crime, 71 pct about relations with neighbouring Turkey and 58 pct about migration. Fewer than half said they were concerned about the surveillance affair.

Now in complete election campaign mode, Mitsotakis is touring Greece to warn voters to disregard the criticism of his government and to back his New Democracy party next year if they want the country to progress and not regress.

In Patras on Tuesday, he held up his government’s record in terms of responding to the cost-of-living crisis and foreign policy challenges as examples of why voters should stick with the centre-right party.

“Are we going to go forward, or back?” he told his audience, repeating the mantra that the PM set out in his Thessaloniki International Fair speech in early September, and which he has repeated consistently since. New Democracy believes that its greatest strength is likely to be the scepticism many Greeks still have about SYRIZA’s ability to govern after its spotty record in power between 2015 and 2019, particularly its haphazard first months.

Mitsotakis hopes that by tapping into this concern among voters he will also prevent them from casting protest votes in what is likely to be the first of at least two ballots next year. In Patras, he spoke of the “devious trap” created by the first elections being held under the proportional representation system.

ND fears that because voters know the first ballot will not result in a workable result, they will feel freer to use their vote to protest against the conservatives. Mitsotakis is concerned that this might either lead to a situation where SYRIZA has an outside chance of putting together a governing coalition before second elections are held, or that the opposition parties gain some momentum going into a second ballot.