You are at: Home / Newsletter articles / On path to polls, PM banks on energy relief paying off

On path to polls, PM banks on energy relief paying off

The government moved forward this week with its efforts to contain the impact of the energy crisis in the wake of Prime Minister Kyriakos Mitsotakis telling members of the ruling New Democracy party that it has to stick to its task in the 12 months or so left until the next elections, dismissing talk of snap polls later this year.

At the ND conference, which concluded on Sunday, Mitsotakis said that his administration’s motto is “Stability, continuity and consistency.”  Dismissing the ongoing speculation about snap elections, possibly this autumn, Mitsotakis told delegates that New Democracy could win an outright majority in elections “12 months from now.”

He did, however, express concern that some voters might take a relaxed approach to the first ballot, which will be held under a pure form of proportional representation because they expect that a second vote, under enhanced PR, will follow soon afterwards. Mitsotakis said it is vital that his party’s supporters treat the first ballot as if it were a final and decisive one. 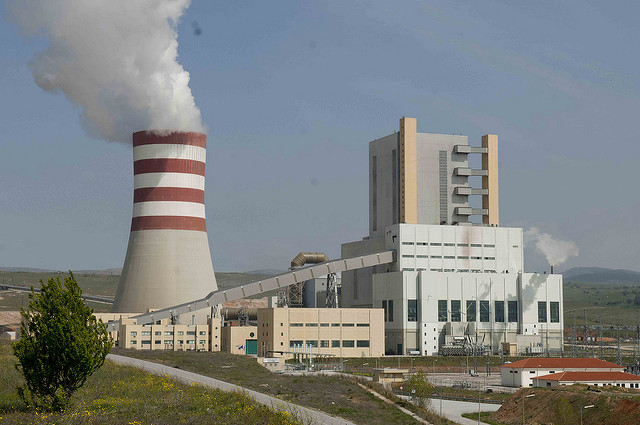 With the latest energy relief package fresh in voters’ minds, Mitsotakis talked up ND’s social credentials. He argued that his party is responsible for one of the biggest social support programmes Greece has ever seen, despite the constant complaints from the opposition parties.

The government is hoping to receive approval from the European Commission for its plan, set out by Mitsotakis in a recent televised address, to cap energy prices for consumers. He outlined a scheme that would place a ceiling at 145 euros/MWh for households and 160/MWh euros for commercial users. This would, according to estimates, halve the bills compared to their current levels, but would still be 30 pct higher than before the crisis began.

Although details about exactly how the price cap will work have not been discussed publicly, it is thought that interventions at the wholesale end of the market will be used to ensure prices remain within these parameters. The Greek authorities believe the scheme is within the framework created by the European Commission’s REpowerEU but officials were due to present Athens’s proposal to DG Energy on Wednesday. The new energy subsidy scheme, if approved by the European Commission, is due to kick in from July.

In total, the government has budgeted 4.3 billion euros for energy-related subsidies and interventions this year. Of this, 3.6 bln is allocated to electricity and natural gas subsidies, which will be funded from the revenues of the Green Transition Fund, which auctions emissions permits.

More details also emerged this week about the government’s plans for a windfall tax on the “excess” profits of power companies. On Friday, Greece’s national energy regulator RAE published its report into the profits of power companies between October 2021-March 2022. The report found that vertically integrated electricity companies – those who act both as power generators and retail suppliers – made a little short of 1 billion euros of additional profits during the period of high prices compared to previous years.

In total, the regulator calculates that the companies made 927.44 million euros of what the report terms “excess profits” on the wholesale electricity markets, however the picture is complicated by their commercial activities on the retail side. The report deducts 335.99 million euros, which equates to discounts offered by the companies to their retail customers over the same period.

The Environment & Energy Ministry published a statement on Wednesday in which it clarifies that it will be focussing on the remaining 591.45 million euros to determine how much of it to tax. The ministry suggests that the final taxable amount will be smaller once the cost of fixed price contracts has been deducted.

Early estimates floated in the media have suggested that the final amount could be in the region of 300 million, but industry sources suggest that it may be even smaller.

The size of the “windfall” is much smaller than the 1.5 billion euros that SYRIZA claims to have identified. The opposition is now accusing the companies of hiding behind accounting tricks aided and abetted by the government and is asking for the report and its methodology to be put on the parliamentary record before the next debate.

New Democracy’s opponents have sensed that the inflation crisis gives them a great platform for attacking the government, especially as the cost of living has become the top concern for voters, according to recent opinion polls. SYRIZA’s shadow development minister, Alexis Haritsis, claimed on Wednesday that Greeks are “paying the highest price in Europe” for the crisis. He accused the government of not doing anything effective for the last nine months.

This week also saw the debut of third party Movement for Change (KINAL) rebranding itself as PASOK-KINAL. More than 170,000 members of centre-left KINAL elected to change the party’s name, marking a return of the moniker used by the socialist party that dominated Greece politics in the 80s and 90s, before its brand became toxic when the debt crisis began.

Leader Nikos Androulakis also announced that the party’s traditional symbol, a green rising sun, would be brought back. He said this marked a return to the name and symbol of a party that came to be identified with Greeks’ “battles for democracy, social justice and national dignity.”

The return to the centre-left’s roots is equally to do with re-energising traditional PASOK voters and creating the sense that the party’s current iteration can rise to emulate past political greatness as it is with marking the end of a period lasting about a decade during which PASOK, as a name and political brand, had become a millstone around the party’s neck.