In April, Greece recorded the highest inflation rate since the mid-1990s, with prices increasing by 10.2 pct year-on-year, after rising by 8.9 pct in the previous month. The average CPI for the rolling 12-month period was 4.4 pct. The harmonized index increased by 9.1 pct in April, from 8 pct in March. Housing led the rise with 35.2 pct due to rents, electricity, natural gas and heating oil. There was also a significant rise of 15.4 pct in transport due to fuels, cars and air and sea tickets. Reflecting the impact of the energy crisis, electricity was up 88.8 percent annually and natural gas shot up by 122.6 percent. Heating oil also moved strongly with a rise of 65.1 percent. 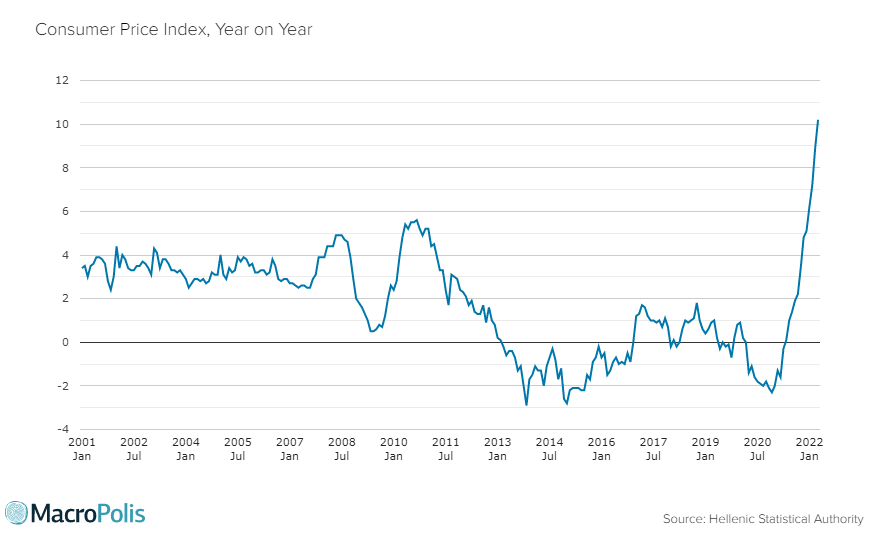 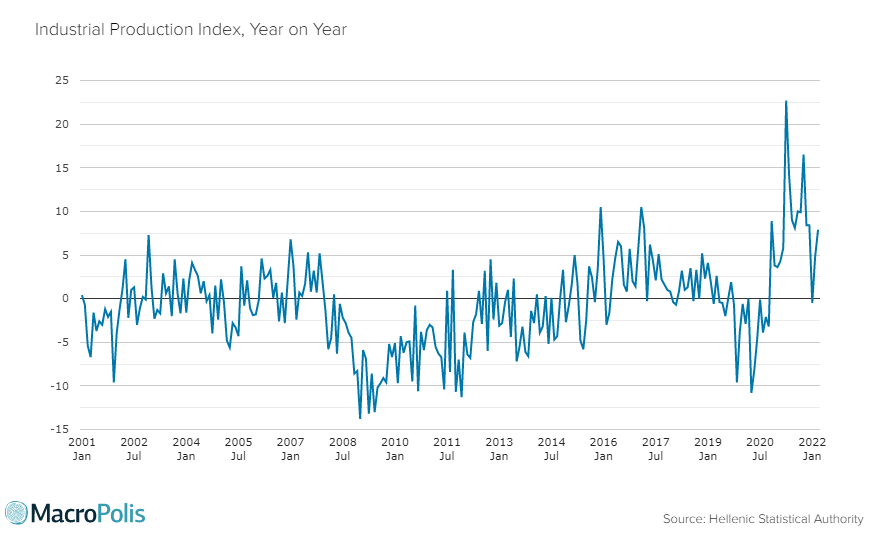