The Greek general government (gg) cash deficit to October fell by 50.8 percent to 4.41 billion with the gg cash primary surplus landing at 1.38 billion from 2.53 billion last year, the Ministry of Finance (MoF) said on Tuesday. 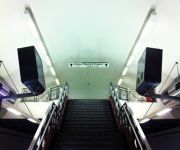