The cost of the euro crisis to the German taxpayer has been the subject of intense debate, especially in the country’s media. This is primarily driven by the populist media and anti-euro parties, who refuse to acknowledge that on a net basis the German treasury has seen benefits during the crisis.

Germany’s participation in the euro crisis mechanisms, aside from the ESM paid in capital, has been in the form of guarantees. It all started with the bilateral loans to Greece which every country apart from Germany provided directly. Berlin only gave state guarantees to its AAA-rated development bank KfW. The German taxpayer did not have to bear any cost for this transaction.

It was only when the ESM was formed that the capital was actually paid in with the intention of increasing the fund’s credibility and firepower. Members paid the first installment totaling just under 33 billion euros in October 2012. All 18 euro member states have contributed to the ESM based on the ECB’s capital key, including the programme countries: Greece, Ireland, Portugal and Cyprus.

During the last four years Germany has forked out almost 22 billion euros for its ESM participation but it has managed to save much more as an indirect product of the crisis.

At the end of 2009, when it became apparent that Greece was in serious fiscal trouble, Germany had to pay interest of close to 3.5 percent to issue a 10-year bond. The latest yield on the German bund is at less than 1.5 percent today and fell as low as 1.2 percent last summer. 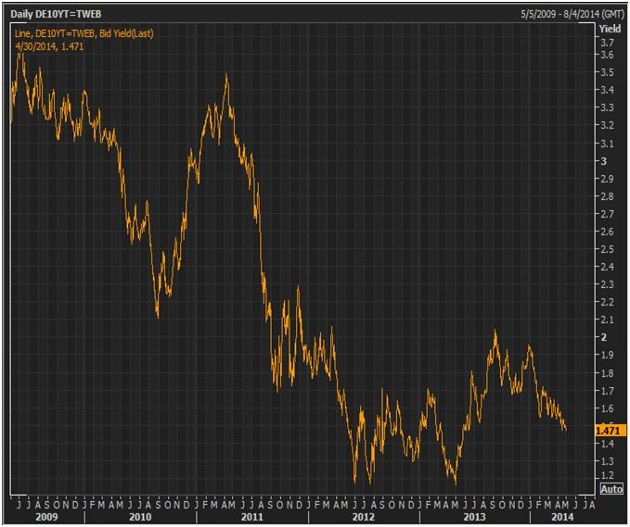 Simply put, over the last four years Germany has been able to roll over its existing debt and finance its deficit for a third of the cost than it did before the crisis broke out.

The findings of studies by German insurance giant Allianz and the Ifo institute are often cited by ESM chief Klaus Regling as evidence that Germany is saving approximately 10 billion euros a year through an unintended consequence of the crisis in the euro periphery.

This has shifted the entire German yield curve, creating a knock on benefit on all maturities. This means that the entire profile of German debt has profited and the German taxpayer has enjoyed significant savings. 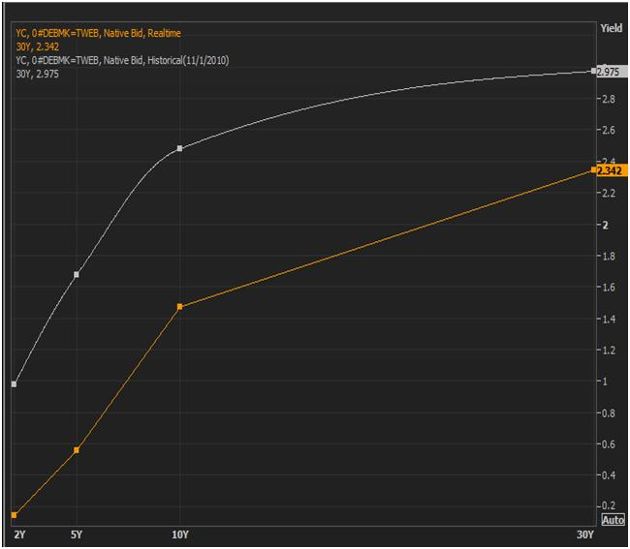 Also, Germany enjoys a safe haven status for intra-euro transfers and as such does not suffer the consequences of previous rocky patches that led to the appreciation of the Deutsche Mark as happened during the Exchange Rate Mechanism (ERM) crises in the early 1990s.

While it is likely that had Greece not been flooded with money from investors in the north after it joined the euro, many imbalances would not have occurred and the single currency’s crisis would not have happened, this is not necessarily how a flight to safety in a Germany with the deutschmark would have looked.

For a good example, one should instead look to Switzerland. At the end of 2009 a Swiss franc would buy you just under 70 euro cents. This shot up to 97 cents at the start of 2011 and forced the Swiss Central bank to heavily intervene in the foreign exchange market to weaken the franc. 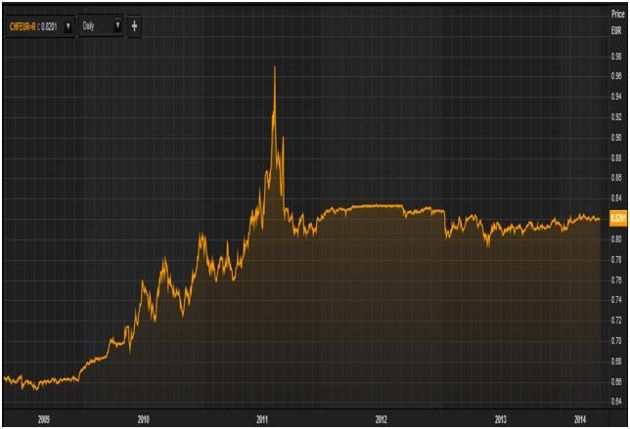 The German taxpayer may not realize it, his or her government may not be willing to admit it and some commentators would rather argue the opposite but Germany has come out rather well from the euro mess. Four years on, its treasury is actually better off and has been a net beneficiary of the troubled process.

*Yiannis has contributed extensively in recent years to the debate around the Greek crisis and the events in Cyprus through his blog The Prodigal Greek, which earned him a place in the esteemed group of Emergency Specialist bloggers, according to FT Alphaville. If you appreciate strong views and economic charts look out for Yiannis in The Agora. Follow Yiannis: @YiannisMouzakis