You are at: Home / Agora / Is Regling right to be concerned about Greek liquidity?

He indicated that urgency is needed not only because of the boost to confidence that could be provided by the successful conclusion of the review but also because the Greek government’s liquidity situation will become tighter over the next few months, highlighting that Greece has debt servicing obligations of about 4 billion euros over the first quarter.

We had touched upon the issue of Greek liquidity requirements in a recent blog post. The overall debt servicing requirements for the entire year do not exceed 14 billion euros, which is under 8 percent of GDP. 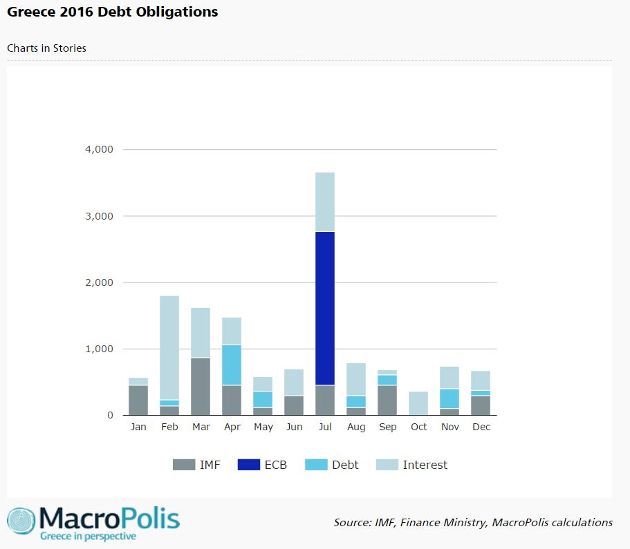 However as we stressed a few days ago, Greece’s dependency on programme disbursements will put pressure on its finances. This is especially the case because the first review has to be concluded in a rather politically sensitive environment that requires the government to agree with the quartet of lenders additional pension savings and potentially the new Medium-Term Fiscal Strategy that will set out the coming years’ austerity measures.

The total figure of IMF obligations in the first quarter is close to 1.5 billion euros. March has the largest IMF instalment of the year at 876 million.

Privately held debt is not problematic in the first quarter, with only a bond issued in Yen maturing in February.

Unless Prime Minister Alexis Tsipras resorts to the option he chose last year of repos from state-owned and related bodies, it is not in anyone’s interest to let the review slip well into spring.