You are at: Home / Agora / Greece's open floodgates

Around 20 people lost their lives in the capital of a developed European Union member state due to heavy rain. This tragedy should never have happened and everybody that could have prevented it, to whatever extent possible, needs to take a long look at themselves.

There are many reasons that the neighbourhood of Mandra, and surrounding areas, suffered so greatly from the flash floods. Among the main ones are that Western Attica is home to some of Athens’s poorest and most deprived neighbourhoods. Unregulated construction has been ignored for decades and there has been underinvestment in the infrastructure these areas need.

These are the factors that make these kinds of extreme weather events much deadlier in Athens than other parts of Greece. According to Dr Michalis Diakakis, an expert in natural hazards and research fellow at the University of Athens, between 1880 and 2010 floods in Athens killed an average of 3.5 people each time, while in the rest of Greece the death toll was 1.26.

Diakakis explained in an interview with Giorgos Lialios of Kathimerini that the pressure for construction in Athens since the 1930s has led to natural river beds and other waterways being cemented over, leading to flood waters being directed to built-up areas when there is heavy rain. He adds that Mandra has suffered destructive floods about once every 10 years over the last few decades. The area is at greater risk because it is built next to Mount Pateras, which has a steep slope that adds to the force of floodwaters.

This begs a question about what authorities have been doing over the past few decades to rectify the situation or at least put adequate defences in place. The answer is that clearly not enough has been done, either by the current government or its predecessors.

One qualifier is that over the last few years the Public Investment Budget (PIB) has been trimmed back by successive governments in their search for savings to meet the bailout’s fiscal targets. In 2009, the year before Greece signed its first memorandum of understanding (MoU), the PIB amounted to around 9.5 billion euros but it fell steadily over the next years and was at 6.75 billion in 2016. Meanwhile, in terms of fixed capital formation in the national accounts, “other construction” (which includes public works) accounted for 10.7 billion euros in 2009 and 7.6 billion last year.

Nevertheless, operating within these confines means prioritising and it appears that protecting Mandra (a known weak spot) from floods was not among authorities’ priorities. Attica Governor Rena Dourou, a SYRIZA official, argues that the local authority had prepared a plan for flood protection works but suggested that these were held up by the Infrastructure and Transport Ministry, where Christos Spirtzis (also of SYRIZA) is in charge.

The local and central government need to be held to account over their actions, or lack of, leading up to the disaster in Mandra. History, though shows that protecting the area should have been a consistent part of the capital’s infrastructure works for the last few decades, not just the past 2.5 years.

The failures that cost the lives of almost two dozen people stretch back a long way and spread across Greece’s political spectrum. That is one of the reasons that it is incumbent upon Prime Minister Alexis Tsipras, who has tried to distance himself as much as possible from the floods, to create some cross-party consensus on how to deal with natural disasters, including floods and forest fires.

Handing out compensation is the easy part, working on prevention and preparedness requires organisation and coherence – two qualities that Greece’s politicians tend to lack. The change in approach is not necessary just because so many people have lost their lives - although it would be the least that could be done in their memory - but because Greece is on the frontline of European countries that are at risk from climate change. The worry is that what happened in Mandra is not the outlier, but an example of what is to come.

According to experts, at some point in Mandra, about 100 millimetres of rain fell in about two hours which has been described as around 20 percent of the amount of rainfall that Attica would receive over the course of a year. It was brought in by a type of Mediterranean storm known as a “medicane” that develops during this time of year.

This would have tested even the strongest flood defences. But to have such infrastructure, as well as extensive measures to prevent forest fires, there needs to be a cross-party push that would make this a matter of national policy. Sadly, the expectations are limited.

In the first days after the floods, there appeared to be an uneasy truce between the parties. New Democracy and PASOK realised that if they tried to dump responsibility for the poor state of infrastructure in western Attica at SYRIZA’s doorstep, questions would be asked about what the two parties had been doing when they were in power. The SYRIZA-Independent Greeks coalition, meanwhile, seemed aware that it has been in power long enough not to be able to credibly pass the buck each time something goes wrong.

This truce, though, has gradually crumbled to reveal the ugly inadequacy of Greece’s political system. It was epitomised by two incidents over the weekend. Attica’s Deputy Regional Governor Giorgos Karameros (SYRIZA) appeared on a TV panel show on Saturday wearing a fluorescent jacket of the type usually donned by the emergency services. This was an apparent effort to show the public that the local authority was fully involved in the efforts to help Mandra’s residents. 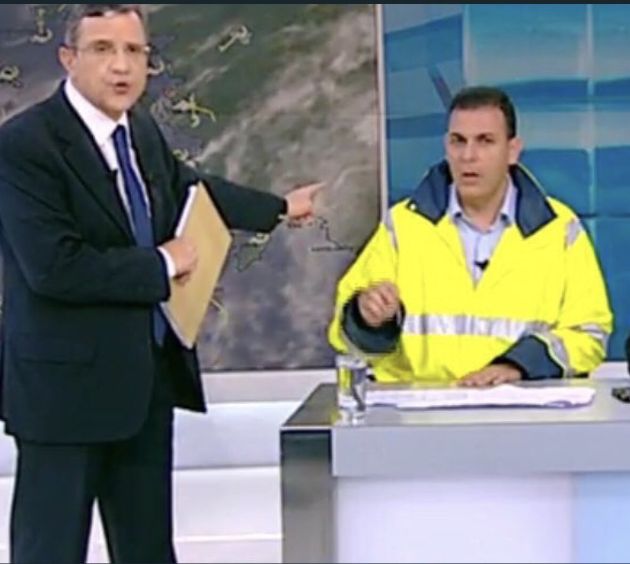 New Democracy’s deputy president Adonis Georgiadis chose to ridicule Karameros, as many others had understandably done as soon as he appeared on nationwide TV screens. However, the conservative politician linked Karameros’s stunt to the recent furore over Georgiadis’s sideline in telesales. The opposition politician joked that he had been selling the wrong type of clothing on his shows and that the jacket worn by the SYRIZA official looked much better on TV. It should be noted that Georgiadis was forced to announce last week an end to his lengthy career selling books, tablets and other products on TV after he was roundly criticised for promoting “nanobionic” clothing with supposedly therapeutic properties during his recent appearances on air. Georgiadis, who was health minister a few years ago, insisted that there was nothing wrong with suggesting to his viewers that the vests, belts and bandanas on offer could cure their ills.

These incidents encapsulate why Greece is so vulnerable to serious threats, whether they come in the form of tropical-like storms or other natural disasters. Too often, it lacks the serious politicians needed to confront the dangers. Instead, it has to make do with charlatans and snake oil peddlers who are incapable of closing the floodgates.